I have selected for you my 10+ favorite illustrators that I think you should absolutely follow on Instagram . For some years this social network has allowed artists and non-artists to create their own community, share their work, through the phases that lead to the realization of finished projects. Obviously the list could be very long and different according to the preferences of each person. I try to show you the ones that hit me in the heart!

Spanish illustrator and cartoonist, she has many publications behind her. He works mainly digitally . Her subjects, often female, bring to mind dreamlike scenes often linked to esotericism .
You can find it on instagram.

SECRETS OF THE WITCHES!

This young illustrator defines herself as an amateur artist who prefers to work digitally, although she likes to use traditional techniques from time to time. Her style is best recognized in the expressions and features of his subjects, cloaked in a fairytale aura.

It was born in Uppsala, a Swedish city with the highest concentration of runestones in Scandinavia. His illustrations, poised between the tender and the sinister, seem to tell mysterious fairy tales that alternate circus themes, disturbing fairy tales, stories of strange nocturnal animals and ethereal girls. A perfect combination to attract the viewer's eye and let him get lost in its atmosphere.

Ana Santos is a young artist of Portuguese origins who collaborates with various newspapers . In his female portraits the soft lines are mixed at times with the geometric ones, it is the color that breaks the tension creating a really suggestive play of shapes and colors . He works simultaneously with mixed and digital techniques, creating a union that harmonizes perfectly. Collaborate with Domestika, a very well structured online course site. I took some of their courses and had a great time.

Marco Somà is an Italian illustrator, winner of several awards . His illustrations are pervaded by a Victorian atmosphere, populated by anthropomorphic animals dressed in striped fabrics and Scottish lines.
Large open spaces where nature reigns supreme. Trees that become houses, characters that dance, play and interact with each other as in any everyday scene.
I saw an exhibition dedicated to him, during a Lucca Comics , his work is truly wonderful.

BUY THE BOOK BY MARCO SOMA' YOU LIKE MOST!

What to say, this author is very similar to me as I am also a vegan. Roger Olmos , Catalan, is a vegan illustrator of children's books dedicated to the theme of the industrial exploitation of animals. His iconic images are very clear in their intentions: to show what man is perpetrating to the animal world and consequently to the environment. His books are masterpieces. I recently read one of his past publications: "Lucia", which tackles the theme of blindness, does so with a delicacy and at the same time a unique burst of its kind.

BUY THE BOOK BY ROGER OLMOS YOU LIKE MOST!

Marco Scalcione is a young Bolognese illustrator . He mainly deals with illustration for children and teenagers. He has behind him some publications translated and distributed in many other countries besides Italy. During last year's lockdown she embarked on a new project, together with Martina Falzone named CARTARUGA , a workshop magazine that can be downloaded for free online. Marco also holds, first in person, now online, really interesting illustration courses for children . I myself have participated in many of his courses and I can say that they have changed my life. For his courses follow the page Facebook .

BUY THE BOOK BY MARCO SCALCIONE YOU LIKE MOST!

Ricard López, better known as Ricardilus, is a Spanish illustrator based in Barcelona . His illustrations are based on the female figure faced through different techniques. He himself thinks that a good illustrator should never get stuck in one style, so he always tries to update and rediscover himself in various graphic styles. He too teaches courses on Domestika, a Spanish platform that allows you to follow various courses online. I highly recommend you take one of his courses, I did it and it helped me a lot.

Jessica Cioffi, aka Loputyn, I think is by far one of my favorite illustrators. Her stage name comes from the name of her rabbit that has served her so much for her work. Her style is inspired by Lolita fashion, a fashion born in Japan that is inspired by Victorian clothes. Loputyn seems to love sweet and harmless things that hide a dark side. This side is immediately noticeable in his illustrations: ravenous wolves who turn into sweet lovers, pretty women who indulge in the pleasure of the flesh. A mixture of sweetness, sensuality and mystery that give life to evocative scenes with an esoteric scent.

Barbara Baldi is a famous Italian illustrator and colourist , with an extraordinary work behind her that expands beyond Italy to abroad. Her first publication is a graphic novel "Lucenera" with which she won the Gran Guinigi Award as "best designer " at Lucca Comics & Games 2018. Baldi's atmospheres seem like scenes taken from a film in Victorian era, the characters are cloaked in a halo of mystery and sadness, but it is the landscapes that make his illustrations even more poetic.

BUY THE BOOK BY BARBARA BALDI YOU LIKE MOST!

Stefano Bessoni is a film director, illustrator and animator who works with the technique of stop-motion . I love his works, the idea of ​​this macabre fairy tale has always attracted me. His characters bounce from tender to horror, accentuated by the technique used. Getting lost in his works is a moment, I recommend it!

BUY THE BOOK BY STEFANO BESSONI YOU LIKE MOST! 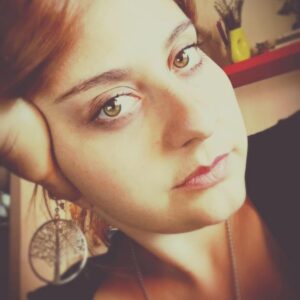 Multifaceted artist and illustrator. I read books, write something and of course I draw! 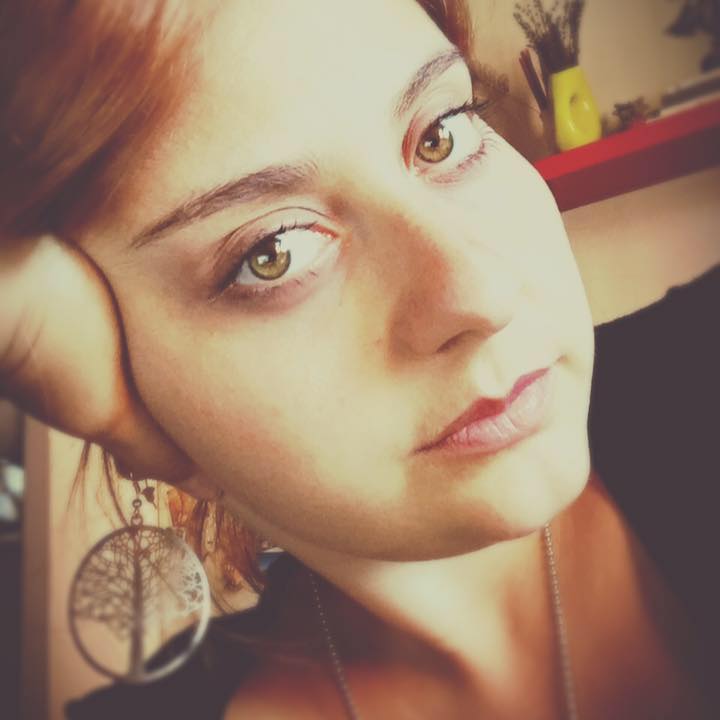